Several issues were raised – the relationship between the self and society, the transformation of a vessel-like object, identity and the struggle of communicating that identity, isolation and memory. Some were particularly notable, such as Jojo’s enigmatic poetry reading performance and Shane’s humorous anecdotes of his journey and explorations.

The symposium jump-started with a keynote by artist James Jack, who shared about his recent experiences working in Japan and Singapore. He had been working with the villagers of rural Japan to create works out of old clubhouses. Villagers were invited to join in the effort by helping to cover up the walls, and tearing down wood. The after effect of the architectural creation contains the vigour of life, warm memories and people, as well as the value of the unique culture and history of a place. James’s willingness to step out and understand the voice of another community and create both a dialogue and art out of the experience was an inspiring voyage we can all learn from.

A noteworthy presentation was Chloe’s sharing of her work revolving around memory, in which she conceded was a 'labyrinth of reveries'. She was particularly interested in the process of fragmenting one’s self and the notion of 'fantasised time'. Believing that the self is an orchestrated narrative constructed by piecing together fragments of stories. She is also investigating the idea that the self has multiple versions, including the 'false self' perceived past and actual past of the self, the mortal self, and the self that is situated in one’s cultural history. However, throughout these variations, one constant remains: time. This was manifested in the form of Victorian-esque garments and furniture, which she constructed in minute detail and with painstaking effort using a white translucent tissue-like material.

Chloe elaborates on her practice, "I think the whiteness of my works isn’t exactly tied to virginity or anything, but rather to the idea of mortality. Within the Chinese context, white is usually used in funerals, so it’s like a way of mourning death. Whereas in a Christian context it’s used in celebration. So it’s actually a two-fold thing that is quite interesting that I think that my works actually both embody".

Another noteworthy presentation is from Geraldine Lim, who shared her practice stemming from 'the state of excessive social isolation'. She works with confusion and the manifestation of anxieties between the inner and external reality with reference to the indistinguishable between the subject and the object. Her works consists of soft sculptures which are inspired by the idea of abjection. The sculptures also ties in with metaphors of the mechanisms of the body in connection to the relationships with the self and the other.

The symposium was an opportunity for the MA students to present their practices and researches on a platform besides the curriculum. It was a space for discussions to take place with a range of audiences, providing new perspectives and interpretations of their practice focus in relation to research. For most of them, it was the first time they were formally presenting their works to other academics outside of class. The symposium was, therefore, an impressionable experience which allowed them in the aftermath to put their practices into perspective and perhaps think of possible trajectories for them to explore and move forward as artists. 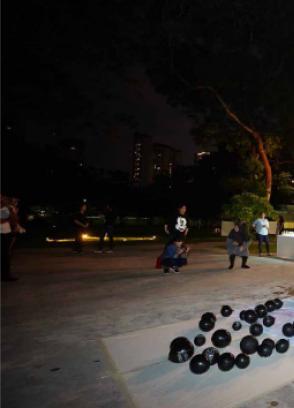 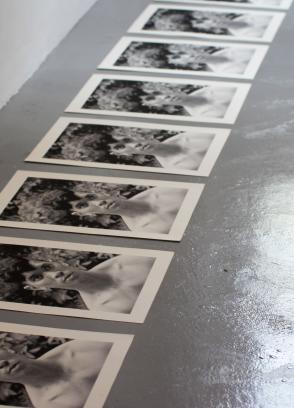 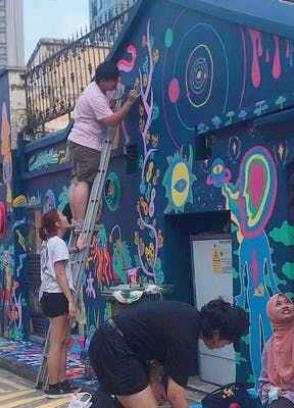