As with many children growing up in Singapore, MA Creative Writing student Mary Christina Stanislaws believed that the ultimate profession to aspire towards was being a doctor. Her education trajectory was thus dominated by the sciences even though she would be the first to concede that she had no passion for the medical profession. “I didn’t love what I was studying but I was a ‘mugger’ you see,” Mary explained, invoking the Singaporean slang word for a mindlessly studious person. “So I’ll study anything you give me, whether I like it or not.”

Writing only entered Mary’s life at the age of 24, when she serendipitously signed up for an open mic at a spoken word event in 2012. “I’d never written a poem before that. Performing at the poetry slam was great but absolutely terrifying,” admitted Mary. But she was hooked. In 2018, she returned to the spoken word scene, resolving to attend slams every month, performing spoken word about her faith as well as at open mics, and her love for poetry and writing grew with an intensity that eclipsed anything she had studied prior.

In 2021, as Mary vacillated over the difficult decision of whether to leave her job as a teacher to pursue something new, the dilemma boiled down to a single question. “I asked myself if I’d be happy writing for the rest of my life. I realised I would. So I took that leap.”

We spoke to Mary about her experience coming into the MA with no formal writing background, how her time studying the sciences has yielded unexpected dividends for her writing and her advice for making difficult choices.

Why did you choose to pursue an MA Creative Writing?

I took up this MA because I am aware that there’s so much I don’t know, and my writing felt limited to me because ​​I didn’t have the theory needed to play with different possibilities. I didn’t know the basics, such as technical terms related to writing. When a classmate used the term ‘ekphrasis’ on the first day of class, I had to frantically scribble down the word so as to look it up. That pretty much summed up my first lesson.

I also wanted to pursue the MA to know if I was on the right track. I did not know if my writing was ever good enough – it looked great to me but I didn’t know what others thought of it. And honestly, in the spoken word scene, people are very supportive and are not harsh critics. But I wanted to know what I could do better and what I was doing well. It wasn’t enough to just hear things like “that story sounds good.”

How has the first semester of the MA programme been for you?

I’ve loved my first semester. Dr Prosser and [adjunct lecturer] Donna Tang gave us quite a bit of liberty in our creative non-fiction and fiction modules respectively and the topics that some people wrote about and the forms they presented these stories in were just so beautiful. Probably my biggest takeaway is that when a writer or student loves something and they’re given the freedom to explore, the stuff they can come up with is really cool.

Something I’m also grateful for is meeting like-minded people who are constructive in their feedback and willing to support you in this journey. When you have a small class size, you have nowhere to hide, but I feel safe with these people and I love that. A writing community is something I have now that I never knew I needed.

You wound up pursuing a bachelor’s degree in bioengineering when medical school didn’t work out. Do you feel like your background in bioengineering has given you a different lens with which to view creative writing?

Now that I’ve started on creative writing, I’m so grateful for my background in science and math. I use mathematical graphs like differentiation and integration in my spoken word poetry, write stories from a biological perspective about hormonal reactions, and even use the coding language Python for proper functional poems. I’ve also woven in codes to my short stories to enrich it with coding nuances. I definitely am still very much an amateur but that’s my ultimate goal – to blend the arts and the sciences. I’m excited to see what else I can play with.

Were there worries about leaving a profession you spent the last ten years in?

Leaving a job you love is never easy. I cried. I prayed. I raged. I was terrified.  But when I finally tendered my resignation, I was at peace and I knew I had done the right thing. I still love teaching very much. My students were great and my colleagues were even greater. Also, the job security was amazing. I just slowly began to realise that I wasn’t feeling satisfied anymore. There were things in the system I could not agree with nor do very much about.

Of course these days financial worries are an everyday struggle – I have to choose the 90 cents you tiao and refuse anywhere that sells it for more. But in all honesty I’m more at peace now than I was before.

What would your advice be for people vacillating about whether to pursue an MA?

I know it’s not the easiest of decisions to make significant life changes. For me, I knew that if I were to go by whether something scares me or not, I would wind up not doing many things. So instead I go by whether I would have any regrets if I didn’t try something. The key thing is whether you can be at peace with yourself.

Apply now for our postgraduate programmes.

Apply now
Or speak to us
Return to listing 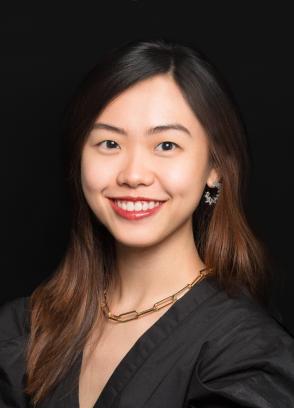 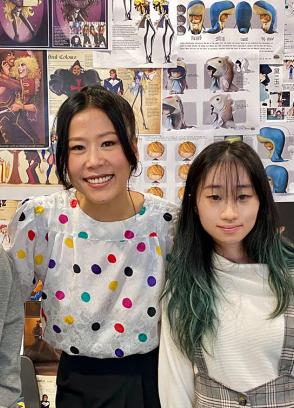 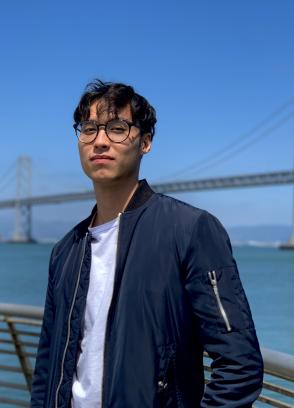