Ludwig is the most recent character to emerge from the work of Italian artist Diego Marcon. Marcon chose CGI (computer-generated imagery) to compose Ludwig, whose namesake protagonist is a lone blond boy with dark eyes confined to the pitch-black bowels of a ship at sea. Chiaroscuros—the contrast of light and shadow—are replayed as the animation loops endlessly. Ludwig sings an aria that observes the European Romantic musical tradition of the lied, usually a composition about lost love, death, night or dreams. The score was written by Marcon’s collaborator, Federico Chiari, and sung by a boy soprano from the prestigious Coro di Voci Bianche dell’Accademia Teatro alla Scala in Milan. The images and the song’s refrain each magnify the work’s unsettling effect—the combination of animation and classical music is jarring.

Diego Marcon began his investigation into images, memory and the construction of emotions by looking at analogue film archives. Recently he has employed digital technologies, examining how they change an artwork’s form and content. The protagonists of Marcon’s films are young children—more archetypes than people—who tend to embody melancholic traits.

Ludwig, the exhibition, presents a 2-metre wide, six-monitor video-wall which plays the video on a loop. The display reflects the hyper-technological forms of visual advertising ubiquitous in Singapore.

Artist Diego Marcon (born Busto Arsizio, Italy, 1985; lives Milan) works in drawing, film, video and installation. He has exhibited in festivals and exhibitions including Fondazione Prada, Milan (2018–19), the sixth Moscow Biennale for Young Art (2017), and Artspace, Auckland (2013). In 2018 he received the MAXXI Bulgari Prize for Ludwig. 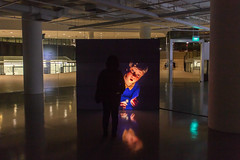 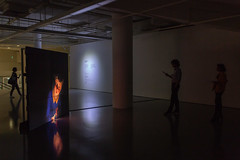 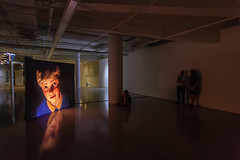 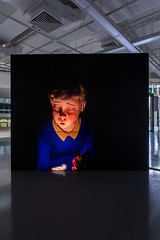 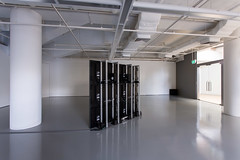 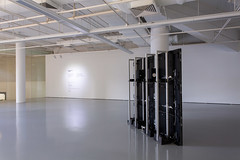 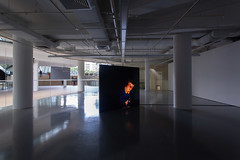 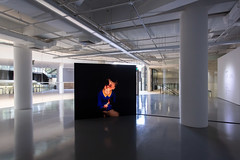 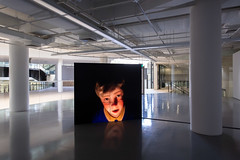 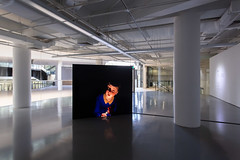 Some kind of happy