Theatre Arts student Veda Mekani dreamt of directing her own original play when she first enrolled for studies at LASALLE College of the Arts. Sadly, before she could fulfil her aspirations, the LASALLE student succumbed to ill health just two months shy of turning 20.

Inspired by their daughter’s passion for the performing arts and vision of equal access for education, Veda’s parents, Kirtida & Bharat Mekani, made a commitment to fund scholarships for students in LASALLE’s Acting and Musical Theatre degree programmes.

Launched in 2004, the Veda Mekani Scholarship for Performing Arts was set up to honour the memory of Veda Mekani (1984 – 2004). The scholarship has sparked the journey of 59 (and counting) budding artists, many of whom have gone on to pursue successful careers in the performing arts industry upon their graduation from LASALLE.

Acting alumna Oon Shu An (Class of 2009), had this to say about the scholarship’s impact on her life: “The Veda Mekani Scholarship was a great help during my school years. It gave me access to a fantastic education and allowed me to study something that has always been close to my heart with amazing teachers and coursemates.”. Since graduation, Shu An has won fans online through her regular video series on ClickNetwork.TV and earned industry credibility with her strong performances on stage, television and even in films such as Cathay Films’ SG50 production My Sister Mambo.

Musical Theatre alumnus Mitchell Lagos (Class of 2015), who hails from Australia, reflects: “Without the Veda Mekani Scholarship, I would not have been able to receive the international training in LASALLE and have the life experience of being in Singapore. The scholarship has allowed me to fully commit myself to the intense training and high artistic standards of the course.”

Thanks to the generous support from donors like Mrs Kirtida and Mr Bharat Mekani, young artists such as Shu An and Mitchell are empowered to pursue their artistic dreams without financial stress and worry. Their gift has created a lasting legacy in their daughter’s honour, and enriched the learning experience for both current and future generations of LASALLE students and alumni.

Says Kirtida Mekani: “It is heartening to note that our family’s contribution towards LASALLE over the past decade has helped many performing arts students find their financial footing as they take up their further studies at LASALLE and embark on this challenging journey of pursuing their passion in life as a career. It is our hope that these young, talented performers set the stage for Singapore to shine as an arts and cultural hub in the region.

"If you share a love for the performing arts and admire promising young talent, you can support LASALLE’s students as a benefactor and help transform Singapore into a dazzling diamond of the region in terms of arts and culture.”

other Stories of Giving 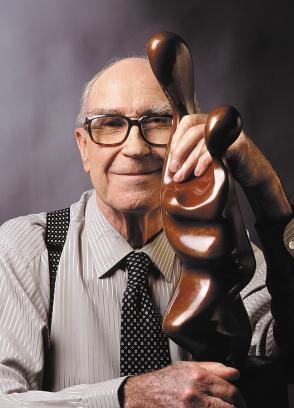 The McNally Legacy
See all