The “light touch” creation of Singapore’s first university of the arts signifies a “tipping point” for the island’s cultural self-recognition, according to the head of one of its constituent colleges.

Steve Dixon said that the explosion of Singapore’s art scene over the past two decades had been overshadowed in a city known more as a finance centre and international transport hub. “Amazing” concert halls, galleries and theatres and a plethora of cultural, music, dance and film festivals struggled for global visibility in “one of the great success stories of the world”.

“In the past, art wasn’t really considered that important,” said Professor Dixon, president of LASALLE College of the Arts. “Parents were slightly reluctant that their kids would study arts. But the public importance of arts and culture has risen. Part of that was economic. Somewhere with culture, a good place to work and play, will attract inward investment from all around the world.”

The emergence of the arts was no accident in a city that “doesn’t do anything lightly”, Professor Dixon said. Planning and investment were outlined in three iterations of the “Renaissance City Report” from 2000, the “Arts and Culture Strategic Review” in 2012 and a 2018 arts plan.

Early this year, then education minister Lawrence Wong announced that an “alliance” of two private tertiary arts institutions – LASALLE and nearby Nanyang Academy of Fine Arts (Nafa) – would be conferred university status and degree-awarding powers.

The university will remain private and attract government funding. Mr Wong said that while the two foundation institutions would retain their “distinctive identities”, the union would generate opportunities to “leverage their respective strengths and traditions”.

Professor Dixon said that the unification would generate “more critical mass and clout” to attract international students and staff. It will increase the two institutions’ “profile” with international partners such as Goldsmiths, University of London, which has validated LASALLE’s degrees since 2012.

He said that foreign institutions wanting to undertake cultural research or teaching partnerships in Singapore had tended to choose between LASALLE and Nafa. “Now you’ll go to the university and choose which programme you want.”

The “light touch” amalgamation will share characteristics with the University of the Arts London and AP University of Applied Sciences and Arts Antwerp, although neither model is identical. Singapore’s constituent colleges will remain separate legal entities with their own directors and academic governance, running separate examinations ratified by a centralised board.

“There will be some centralisation of corporate and student services and sharing of spaces,” Professor Dixon said. “But we will continue to develop and write our own programmes, as we have done for decades.”

Details are being thrashed out by a committee of academics, arts and business luminaries and representatives of Nafa, LASALLE and the Ministry of Education. The new institution, which will launch in 2023-24, will occupy the two colleges’ current campuses and a 12-storey building under construction at LASALLE.

A senior academic, rather than one of the two current presidents, is likely to head the alliance. “I guess we could go for the job, but I’m staying at LASALLE,” Professor Dixon insisted. He predicted positive prospects for alumni, with job outcomes “good and getting better” – particularly for local acting students, who reported a 100 per cent employment rate in LASALLE’s 2020 graduate survey. “There’s more demand than supply,” he said. 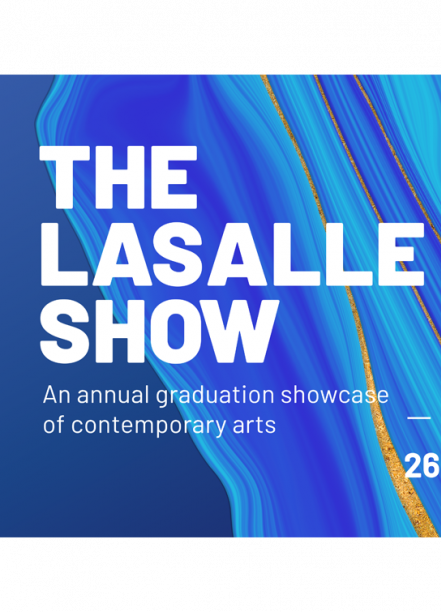 The LASALLE Show Exhibition 2020
See all