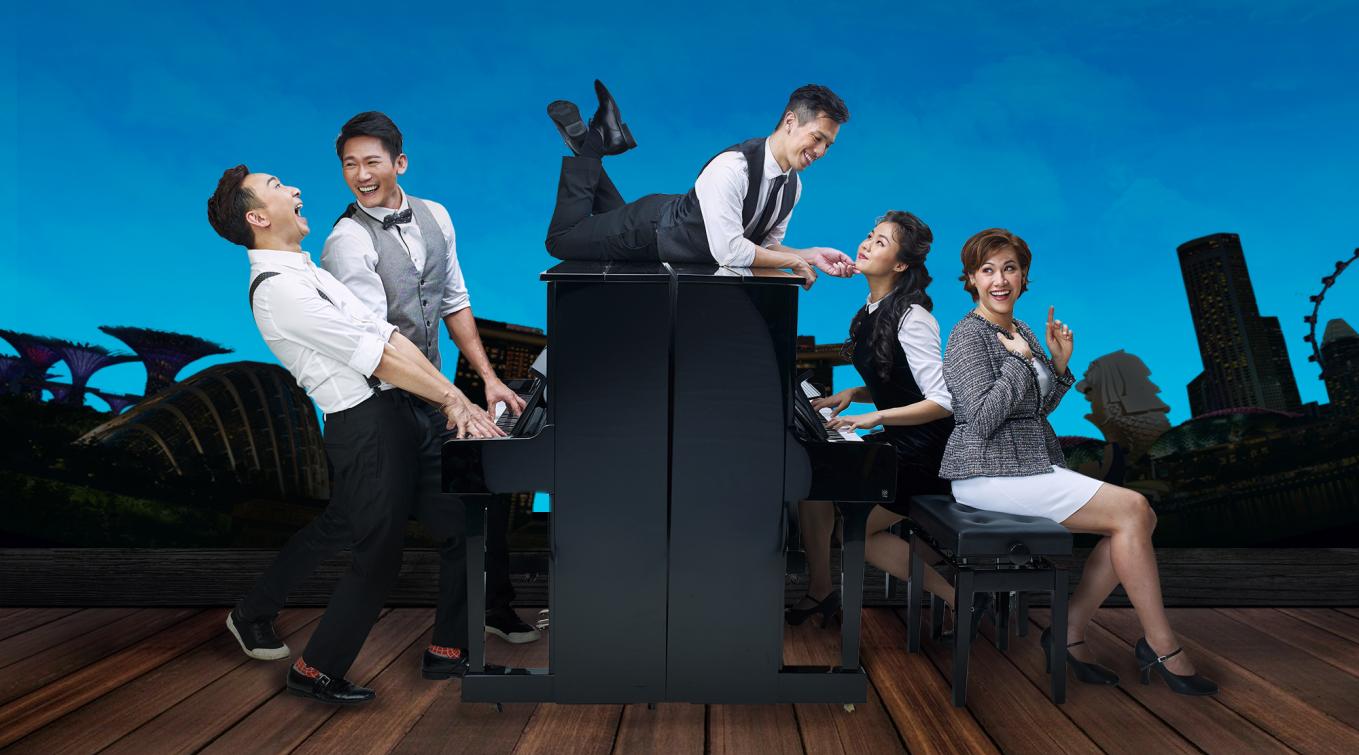 It will truly be a family affair at the Asian premiere of musical revue A Spoonful of Sherman. Beyond celebrating the songwriting exploits of the Sherman brothers and their father, the production is a homecoming for LASALLE College of the Arts – reuniting BA(Hons) Musical Theatre fresh graduate Vanessa Kee with her senior Mina Ellen Kaye and their singing lecturer TJ Taylor.

For two solid hours, Vanessa and Mina (alongside cast mates Hossan Leong, George Chan and Aaron Khaled) will cycle through 55 songs from our childhood, including classics such as Supercalifragilisticexpialidocious and Let’s Go Fly A Kite. It sounds like a tall order but for all three self-professed Mary Poppins fans, it isn’t hard work if you are doing something you love.

As the production’s director, TJ confessed that the show is extremely challenging to execute as it requires the performers to simultaneously sing, act, dance and play live music.

“We needed some of the best musical theatre performers so we looked to some of the most experienced in the business such as Hossan and George. Adding powerhouses such as Mina and Aaron was a no brainer. And finally, it’s important for me to support my students like Vanessa who truly deserved this break as an up-and-coming talent,” he added.

A Spoonful of Sherman marks Vanessa’s professional debut in a lead role following her graduation from LASALLE’s BA(Hons) Musical Theatre programme. She shared that she could hardly contain her excitement when she first got the callback. Though a fresh face on the scene, it was more than just luck that propelled Vanessa’s career. Back in college, she took on the titular character of a Nubian princess in her graduation musical Aida (pictured above). Critics on Broadway World praised her solo performance as one “with grace and control”, and applauded her natural chemistry with the male lead that had audiences “rooting for the lovebirds”.

Taking the first steps away from the safety of school and into the industry, Vanessa shared that she will try her best to “chase the best version of herself, wherever this may take her.”

Similarly, Mina found success while still studying at LASALLE, clinching the role of Rapunzel in Dream Academy’s production of Stephen Sondheim’s Into the Woods. After graduation, she kept up the pace and went on to star in 16 different productions, with the stand-out being Pangdemonium’s take on Jim Cartwright’s The Rise and Fall of Little Voice. Her portrayal of Little Voice received rave reviews and the much lauded accolade of ‘Best Actress’ in The Straits Times Life! Theatre Awards 2015 cemented her as a musical soprano to be reckoned with. Mina at her graduation show during her final year at LASALLE, where she played the lead role of Adriana in The Boys from Syracuse.

It was therefore Singapore’s loss when Mina relocated to the United States to attend the Boston Conservatory as a Master’s student. Marriage, motherhood and a lifetime later, Mina is finally back on our shores. Like a true professional, attending rehearsals, training to get her vocal range back post-pregnancy, and contending with a weaning baby is all in a day’s work for her.

“Honestly, I’ve forgotten how much the stage means to me. Diving headfirst into performing has allowed me to regain my identity,” she said. “I am thankful that I haven’t forgotten the skills I’d picked up at LASALLE such as having a good work ethic, proper time management, and ways to prepare for a role. All these have enabled me to transition back into my career smoothly.”

Looking back, Mina recalled her college aspiration of simply wanting to never be out of a job and “be a true-blue working actor”. She therefore pushed herself relentlessly, putting herself out there audition after audition and as her casting credits illustrate, the rest is history.

To TJ, it is timely then that both Mina and Vanessa are part of A Spoonful of Sherman because it is a reminder of what first sparked their love of musicals. “All of us grew up on Disney and it has a special place in our hearts. There is a timelessness to these songs that even though some are almost 100 years old, it still resonates with different generations of people,” he said.

With the production set to deliver a copious hit of feel-good nostalgia, TJ hopes that grown-ups will be able to indulge in a night of childhood innocence. For the younger audiences, he hopes to enthrall them with “traditional Disney magic that isn’t belting pop”, and possibly even inspire a few to consider a performing arts career.

Whether it stirs up sweet memories or puts the audience in a sing-along mood, you can be sure that this sugar rush will do wonders for one’s health. A Spoonful of Sherman by Sing’Theatre runs from 20–30 November 2019 at the School of the Arts Drama Theatre. Tickets are available on SISTIC. 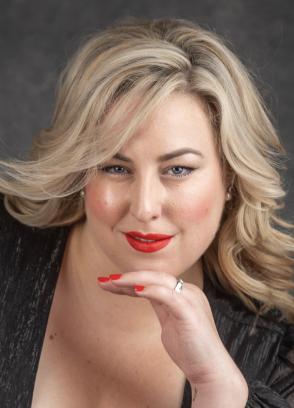 In conversation with: Vanessa Ellen Powell on performing in the virtual realm 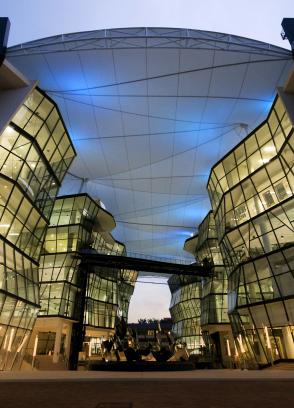 Lessons in brevity: COVID-19 and creative arts education at LASALLE College of the Arts