The biggest show of the year for LASALLE College of the Arts opened on the evening of the 18th with fanfare: speeches, tinsel, music, a buffet of food, tons of people. The variety of works on show is dizzying — literally, a cornucopia — over 800 works from the various programmes (Diploma, Bachelor of Arts (Honours) and Master of Arts) and disciplines (Design, Fine Arts, Film, Media Arts, Dance, Music, Theatre, Art Therapy and Arts Management).

Competing on the same floorspace rather incongruously, architectural building models — revamping the way we conceive of office space — vie with designs of multi-fabric fashion robes on dressmaker dummies. Uniformly grey animation maquettes line the plate-glass windows of the Brother Joseph McNally Gallery, a world unto its own. There were games to twist the grey matter called “mental mastication” (Jing Lin Lee’s Introduction to a Productive Pause) while other design models and installations communicate political messages, ranging from arguments against the in-breeding of pedigree dogs (Cyntherea Tan’s Lucky Bulldog + No Big No Small) to the exploitation of foreign workers in Singapore construction sites (Vanessa Goh’s UNSEEN: Life of our foreign nation builders).

The quiet moments of reflection that surfaced amidst this throng of people and ideas and all these things made with our hands were thus welcome. Hu Chuan Li’s installation, entitled Fragility, comprises white enoki-looking mushrooms carved out of the unlikely medium of soap, sprouting from the wall in miniature cliffs, recalling at once soap’s ephemerality, the precarious balancing act that is life and simultaneously, the tenacity and rapaciousness of rhizomes.

This Deleuzian rhizomic act of becoming finds curious echo in Becky Ng’s mermaid-shaped object, draped in a kelp-like headdress, accompanied by a surreal video clip of two bodies tussling, conjoined underneath this same headdress. The movements of these bodies are mesmerising, as if a sea creature is colonising space as its limbs curl and undulate across a blue-coloured metaphoric ocean-floor. This work, entitled An Element of Unknown (Becoming Microbe), seems to imply a microbial victory in the endless wrangle between nature and man. But the qualia of hope drapes itself across object, fading text, video and film in this inchoate invocation of the unknown and the indefinable strangeness of beauty within creepiness.

The qualia of hope brings me to Anne Lam’s Flight to Freedom, an aerial installation of crystallised feathers, which to her, symbolises not just the flight movements of birds, but also our individual dreams and freedom. The work is an ostensible ode to visual poesis and the healing power of art within art therapy. The power of crystals too is highlighted — as astrological divination, as a study of morphology (the act of becoming from liquid form) — in this dance between the materiality of residues and the energies of creativity.

Traces and residues as a constant in artistic preoccupation finds expression in Zoey Wong’s Goodbye, where the artist has weaved her own hair extensions and clippings she had collected over years onto embroidery hoops, calling to mind shamanistic rituals involved in the catching of dreams. Yet, do we ever really say goodbye to our waste and remains? Traces and residues, as an embodiment of what cultural anthropologist Rudi Colloredo-Mansfeld calls “matter unbound,” are used here to further open up pathways and processes that recycle, re-enact and ramify.

Embroidery too, as a gendered dimension to Wong’s work, connects thematically with the humorous, complacent domesticity found in Aklili Zakaria’s 5 digital prints, Sayang, Jom Kemas Rumah. The prints show how love is constructed out of the simple acts of house-cleaning performed by husband and wife.  Acts of domesticity though can be culture-bound (while simultaneously challenging religious convention and gender roles); thus we see this loving couple’s playful sexuality (he is half naked while she wears a tudung and is covered head to toe) as an undercurrent as they pick coconuts together.

Neuneu Wu’s video slipstream captures domesticity through the filter of time, decay, and the fetishisation of quotidian objects — now a vibrating bell that resembles a breast, now a yellow high-heeled shoe, now a pair of feet encased in polka-dotted socks, et cetera. This droll, yet candy-coloured, parade of objects resonates as a commentary on the consumption aspect of exhibition-making.

It strikes up a conversation about the act and art of seeing, also embodied in Joses Phang Ziwei’s simply constructed but effective work entitled The Unconventional Methods of Conversation, which invites the audience to don two pairs of conjoined eyeglasses as a tool for conversation. The work also calls to mind the slippages and misunderstandings contained within the exchange of gaze, double-vision, talk and double-entendre.  Even as the audience strolls through — sees, consumes — these works of art, what dialogue is taking place; what meanings or intentions have been effectively conveyed?

While exhibition-making may be an exercise of consumption for the audience, it is also a quasi-formal induction into the academy – the halls of institutional art-making – for the artist. Aptly, this is formalised as postcolonial discourse and an unconscious paean to history, in Callista Ng’s video footage entitled Masked.

Reminiscent of Lee Wen’s Journey of a Yellow Man, it shows two fragmented hands smearing the artist’s face with yellow paint, yellow again being the synecdoche for identity and race. Viet Anh Capi’s Let Me Fly is imbued with all the stigmata of the hopes and dreams of an artistic journey as balloons break out of their shells, lift off, and are permitted to fly. These works are a reminder of all the aspirations of an end-of the-year showcase such as this by an academic institution and the power it confers within “the society of the spectacle.” 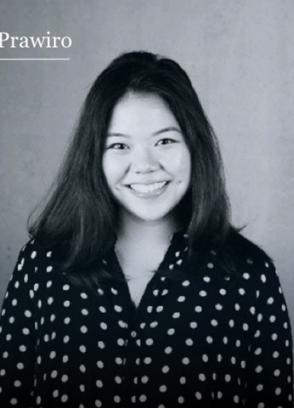 In conversation with: Nerissa Arviana Prawiro on her TechWomen 100 win and her evolving approach to user-centred design 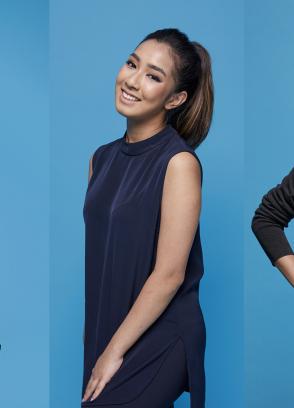 In conversation with: Three performing arts students on their journey at LASALLE
See all