In the smartphone era, almost anyone can make films or videos. But it takes a little more to be a filmmaker or video producer as we found out from Diploma in Broadcast Media and BA(Hons) Film Programme Leader Khalid Al Mkhlaafy.  We spoke to Khalid about his thoughts on a media landscape in a constant state of change, crystal-gazing the future and preparing students for it, as well as what it takes to tell stories that can travel.

Hi Khalid, your bio states that you graduated from university with a degree in French and Arabic with Politics. How did you get into film and video production?

I’ve always been interested in media, documentary and film. Growing up in the UK, you get fed a rich television diet and it was the norm to watch highly critical documentaries that challenge the status quo. I really started working in the media industry while living in Japan in the mid 1990s. That was the advent of the digital video revolution, with the introduction of the first digital video camera – the VX1000 – and video editing software became more accessible. I owned a VX1000 and started doing freelance gigs in Tokyo, before moving to Singapore in 2008.

How has the media industry changed since then?

The internet has completely changed the creative industries. Before the internet, video production was largely made for broadcast, which had stringent quality control. While earlier homemade videos had a more unpolished quality, now the quality of these videos is on par with broadcast all because YouTube channels and vlogs have grown to capture the audience from linear TV.

The future is going towards publishing on Vidsee, Vimeo and other online platforms. With little regulation, anybody can set up an internet channel now. Also with advancements in mobile technology, people are watching TV shows on their mobile phones and it’s much easier to stream on-demand TV like Netflix.

What are the implications of this changing media landscape for Broadcast Media and Film graduates?

There are a lot more jobs available nowadays because of online broadcasting and the growing demand for video content on social media. Our graduates are working in small and large production companies, advertising agencies and even financial companies. What’s happening is that larger organisations realise that it’s simply cheaper to set up their own media teams to produce online video content.

For narrative films and TV programmes, it’s tougher in Singapore because the market is so fragmented and there’s so much competition from international streaming companies. Everything is so easily accessible to consumers now. But regardless of form or length, quality production values remain the most important.

How are the Broadcast Media and Film programmes helping students navigate this changing landscape?

Both our programmes provide a strong training in technical roles and skills. But we also focus very much on developing concepts for programmes that can travel because that’s the only way to find wider audiences. When discussing concepts with students, we always ask them: is what you’re exploring universal? We also try to ensure there’s dramatic conflict in the stories students tell.

It’s been a process. Years ago, students used to be given briefs like themes of ‘belief’ and they just didn’t take to it. There’s been a shift to project briefs with open content. So in Broadcast Media, we may specify that the students have to write a news report, which then becomes a documentary, but they are free to explore any topic they are interested in. We have found that there is a lot more creativity and diversity in not prescribing a direction.

We have tried to make it a very open process. Lecturers will give feedback about what works and what doesn’t, but we consciously try not to take over the project and change it. Having a sense of ownership is very important in the programme.

What are some of the most exciting work to have come out of the programme?

We have noticed that some of the best work comes out of collaborations with other programmes. We have done this from the beginning with the fashion, dance, design and music programmes.

To be honest, they can be very difficult at the beginning just in terms of the logistics and students working together. Each programme has its own way of working and conceptualising ideas. But in interdisciplinary work, students bring the best from their own disciplines – for instance, fashion students provide styling and artistic direction – and the work is all the stronger for it.

What were some of the craziest concepts pitched by students?

So many. For the dance collaboration a few years ago, a student proposed having a dancer stand on top of the bubble lifts at LASALLE and dance. That was obviously unsafe.

Things have changed. Now students are a lot more confident in going out there and finding interesting subjects. There’s a well-known story in the school about a student whose documentary subject died midway through filming, and when she called her lecturer to update him, he told her, “Why are you on the phone? Start filming.” That is how we keep it real and compelling in our storytelling. 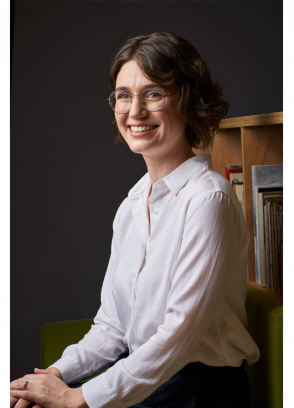 In conversation with: Dr Clare Veal on why there is still much to explore in Asian art histories Feature: Nurturing industry-ready artists and designers in Singapore and beyond
See all