Co-organised by LASALLE Board member Mrs Kirtida Mekani and led by President Professor Steve Dixon and the senior management team, some 150 student and staff volunteers took a hands-on approach to tackling climate change, unfazed by the billowing haze. “I’ve always believed that the mother of all learning is doing and LASALLE students are being a part of the bigger solution. Rather than just talking about environmental issues, they are contributing to the sustainability of our planet. The trees they are planting today, will be the bounty that they and their children will enjoy in the decades ahead,” said Mrs Mekani.

A committed environmentalist, Mrs Mekani was a recipient of the President’s Award for the Environment in 2015 for her efforts in building a more sustainable Singapore. Among the many projects she has supported, she counts the National Parks Board (NParks)’s Plant-A-Tree programme as her proudest achievement. Initiated in 2007 through its registered charity Garden City Fund, the programme enables people to take an active role in conservation efforts by planting a sapling in state-owned parks and nature reserves. To date, around 35,000 trees from 200 different species have taken root.

“Plant-A-Tree has proven to be a fantastic community engagement programme that brings students, individuals and corporates together for a common cause – to plant trees and contribute to Singapore’s green landscape and our natural heritage,” she said.

For LASALLE’s Tree Planting Day, four species of trees – dryobalanops aromatic, cleistanthus bracteosus, hydnocarpus anthelminticus and ficus subnervosa – were specially chosen to add diversity to Jurong Lake Gardens. These trees have the potential to grow to heights of over 40 metres. After a demonstration by NParks staff, Mrs Mekani and the LASALLE team swung into action with gusto as they took on the arduous task of planting some 50 tree saplings.

Armed with gloves and changkuls (garden hoes), students and staff worked in teams to dig deep holes into the ground. One to three-metre tall tree saplings were then heaved and rolled into the holes, covered with soil before being mulched and watered. Many hands make light work, add to that a good dose of enthusiasm and determination and the morning’s work was done in less than an hour.

“I really enjoyed seeing the community come together for a common goal. Being able to directly get my hands dirty and do something that will have a long-term impact was fulfilling, but it was also heartwarming to witness people coming together so well!” said Juliana Kassim Chan, a BA(Hons) Acting student.

The team proceeded to a nearby function room for some well-deserved refreshments and lunch while being treated to a rousing performance by BA(Hons) Musical Theatre students who sang ‘Circle of Life’ from The Lion King and ‘We Dance’ from Once On This Island as befitting the occasion. For her generous support in making this meaningful day happen, Mrs Mekani was presented with a nature-inspired lithograph made by a LASALLE alumna.

“This has been a fruitful day in more ways than one. It is gratifying to see so many of our students and staff give of their time and energy to the community and the environment. The College will continue to do its part to create a sustainable future for Singapore,” said Professor Steve Dixon, President of LASALLE.

The 50 tree saplings planted by the LASALLE team may take years to mature, but the positive connection made with mother nature that day will last a lifetime. 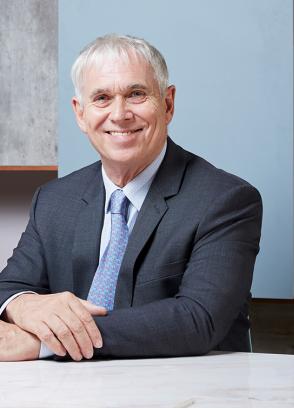 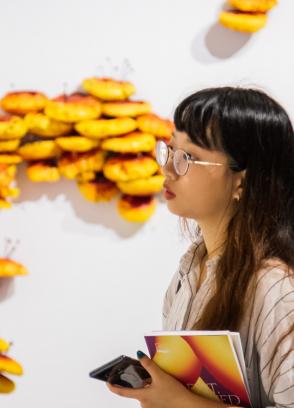