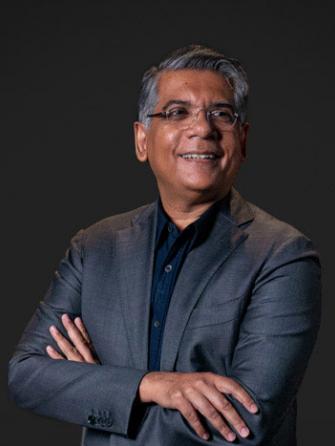 Venka Purushothaman is an academic, award-winning art writer and arts & cultural leader with a distinguished career in arts higher education and the cultural and creative industries.

As an academic and educational leader, Venka has led significant transformation at LASALLE College of the Arts in response to the morphing cultural landscape in Southeast Asia. He is responsible for the quality of practice-led arts education, steering the development of industry-sensitive programmes, student-centred curriculum and profile of the College globally in arts higher education.

Venka advances artistic and cultural networks, and cultivates arts and cultural leaders sensitive to the emerging shifts in culture and society in the 21st century. His pedagogic philosophy is to ensure that contemporary Asia is given appropriate place and voice in curriculum, thereby representing the voice of a new generation of artists. In this regard, he steered the development of numerous path-breaking programmes and founded the collective, Asia-Pacific Network for Culture, Education and Research (ANCER) to facilitate cultural leadership and research in Southeast Asia. He is a founding member of the Global Design Initiative/Faculty, involving five international universities exploring cross-cultural design pedagogies and practices. Venka continues to lecture internationally on the evolving role of arts higher education in the creative economy, and seeks to give voice to an emerging generation of 21st century artists.

Venka is an award-winning author of numerous artist monographs and books on cultural policy and festivals. The Art of Sukumar Bose: Reflections on South and Southeast Asia​ (2013) was awarded 2015 ICAS Best Art Book Accolade by the International Congress of Asian Scholars, Leiden University. His books on culture include Making Visible the Invisible: Three Decades of the Singapore Arts Festival (2007), which remains the most comprehensive documentation of the arts festival from 1977–2007, and Narratives: Notes on a Cultural Journey, Cultural Medallion Recipients, 1979–2002 (2002) which inaugurated the documentation and study of artistic leaders in Singapore in subsequent years.

As an arts and cultural leader prior to academia, Venka has worked with various cultural organisations including the Esplanade Theatres on the Bay, National Arts Council Singapore and Victorian Arts Centre, Melbourne, and on arts events such as WOMAD and the Singapore Arts Festival. Moreover, lived experiences in Singapore, Toronto and Melbourne, coupled with extensive travel across the globe – researching the cultural differences in the management of arts festivals and biennales – have provided him with a rare insight into the world of cultural flow and sensitivity to the place of art in societies and communities.

With this highly enriched portfolio, Venka today serves as an expert on many professional, academic and government committees, and has chaired important panels on arts funding, cultural awards and those dedicated to developing youths. He remains one of the few arts leaders in Southeast Asia who is adept in working seamlessly across the visual arts, performing arts, design and education sectors. In 2013, he was awarded the Friend of MCCY Award (Ministry of Culture Community and Youth) for his service to arts and culture in Singapore.