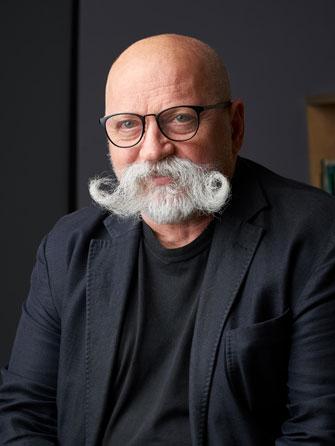 Born in 1951 in Yugoslavia, Milenko graduated with a Master of Fine Arts (Painting) from the Institute of Fine Arts in Bucharest, Romania. He is one Singapore’s foremost art educators, having commenced teaching at LASALLE College of the Arts since 1994. He was Dean of the Faculty of Fine Arts for 17 years and currently holds the position of Senior Fellow.

Since 1971, Milenko has exhibited extensively in Europe. He has also participated in numerous showcases in public spaces and galleries in Singapore since 1993. With recent solo shows held in Singapore, Kuala Lumpur, Sydney and Jakarta, Milenko also took part in recent group shows held at the Museum of Modern Art in Antwerp, Belgium, the Torrance Art Museum in Los Angeles, the National University of Singapore Museum, Singapore and the Sydney Biennale, Australia.

The artist has also participated in numerous symposiums and art workshops worldwide, including a panel discussion on Southeast Asian art held at the Singapore Art Museum in 2011, an artist talk at the Istanbul Biennale in 2007, a discussion on Southeast Asian art in Belgrade, Yugoslavia in 2001, as well as acted as visiting professor at Musashino Art University in Tokyo and Sabanchi University in Istanbul. His works are in the permanent collection of the Gallery of New South Wales, Sydney Australia, Museum of Contemporary Art, Belgrade, Serbia, Singapore Art Museum, Singapore and Museum of Contemporary Drawing, Nurnberg, Germany, among others.

Milenko became a Singapore citizen in 2002 and was conferred the prestigious Cultural Medallion Award for visual arts in 2012.