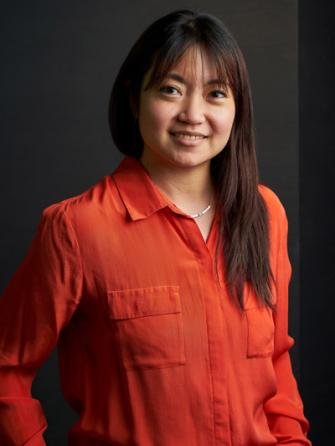 Prior to graduating with Honours from New York University’s highly competitive and prestigious Tisch School of the Arts, Melissa Quek was a dance-artist performing professionally with the tammy l. wong Dance Company in Singapore. With the National Arts Council Arts Bursary (Overseas), she attained a BFA with a double major in Dance and English and American Literature. In 2010, she received a coveted grant award from the University of Surrey’s Department of Dance, Film and Theatre to undertake Masteral studies and she completed her Masters of Arts, Dance Cultures in 2011.

Melissa had a successful professional career as a dance-artist, performing and choreographing internationally in the USA, Canada, Korea, China, Singapore and Malaysia. Her choreographic commissions in Singapore include the Substation Open-Call 2010, the M1 Fringe Festival 2009, Esplanade’s Octoburst! 2018 and she has been in the ArtGround’s Groundbreaker’s incubator residency in 2018 and 2019. She has also performed for choreographers Ricky Sim, Low Mei Yoke, Albert Tiong and Kuik Swee Boon. In 2017 she began The Kueh Tutus, a collective dedicated to creating dances and experiences for young and very young audiences. With her current role as Head, she enjoys expanding conceptions of dance for young audiences.

Melissa has a huge penchant for writing. Despite her busy schedule, Melissa has contributed reviews for The Business Times, short articles for Esplanade’s website, and in 2010, she was chosen by the Goethe Institute to represent Singapore at the Dance Reviewers workshop in Jakarta.

Her research and choreographic work deals with designing optimal dance experiences for specific age groups within the young and very young audience demographic.

Melissa contributes as a dance expert in dance curriculum design and serves on various grant and award panels for organisations and committees in Singapore, including the National Arts Council and the Ministry of Education.