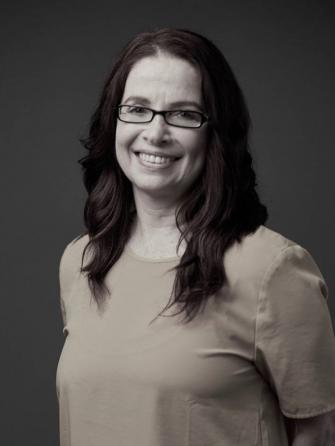 Leela Alaniz is a Franco-Brazilian actress and Artistic Director of Paris-based theatre company Pas de Dieux. Her career consists of a constant round-trip movement between the practice and theory of theatre. With over 20 years of practice and research in Theatre Anthropology and Corporeal Mime, Leela has performed and directed several plays, toured in numerous countries and taught courses in the US, Europe and South America.

After attaining a double major in Physical Education and Theatre Studies in Brazil, Leela received a scholarship grant to participate in UTA, a centre of research for Theatre Anthropology in Brazil. Thereafter, she founded and directed the Casa de Artes BAKA, a multicultural arts centre.

She was a Research Scholar at Pomona College, California for five years as a practice researcher and performer under the direction of Thomas Leabhart, spending one year in Paris as his assistant.

In 2008, she directed a devised work, The Divine Wind and Tears Lost in the Rain, for Intercultural Theatre (ITI) Singapore. . Leela then went on to become a full-time professor of Movement for Acting and Performance at ITI from 2012 to 2014.

She also has a PhD in Theatre Studies from Sorbonne Nouvelle University – Paris III. Her doctoral dissertation entitled ‘The Thinking Body, the Dancing Mind – The Actor in his Quest for the Lost Unity’ will soon be published.