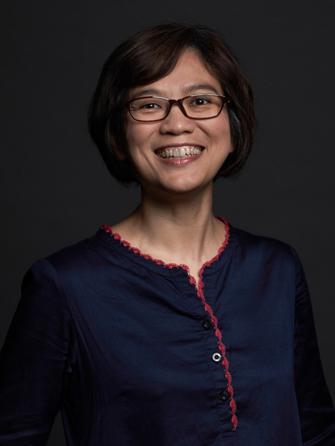 From the beginning of her career, Sheuo Hui has pursued questions relating to cinema, anime, manga, and related forms of Japanese popular culture and their international popularity in Asia and the West. She approaches these areas with interests that range from practical aspects of production and distribution to theory. Her investigations have often involved meeting creators, curators, and fans as a way of uniting abstract speculations with field work.

Sheuo Hui’s research include aspects of authorship, censorship, copyright and means of expression in animation; the interrelations between manga, anime and live-action ﬁlms and the Japanese-inspired forms of artistic content created and performed in Southeast Asia. She has given invited lectures in various countries (Japan, Korea, Taiwan, Hong Kong, Vietnam, Thailand, Indonesia, Philippines, Malaysia, Singapore, UK, US, France, Germany and Canada) at many institutions including the Sorbonne, Sainsbury Institute for the Study of Japanese Arts and Cultures, Tokyo University, and Keio University.

She has taught modules on Japanese film, manga and anime, popular culture and its visual representation. Some of her teaching highlights at the National University of Singapore (NUS) included the design and teaching of a module that focused on the contemporary Japanese visual culture and society that brought students to Japan for their field studies.

Sheuo Hui’s graduate work at Kyoto University and subsequent postdoctoral research on the historical development of Japanese anime was supported by a two-year grant by Japan Society for the Promotion of Science. She has been a guest researcher in the Manga Department at Kyoto Seika University and awarded a fellowship from the Sainsbury Institute for the Study of Japanese Arts and Cultures and spent some time in the UK. After spending almost a decade doing research outside Southeast Asia, she joined the Department of Japanese Studies at the NUS as a visiting fellow in 2012.

Her current projects include a book of essays on contemporary Japanese animation. She is also working on interview surveys of the production and distribution of comics and the related contents industry in Malaysia. This study focuses on the function of publishers of comics, as they diversify from comics to games and anime production while reacting to the global changes in the digital media environment.