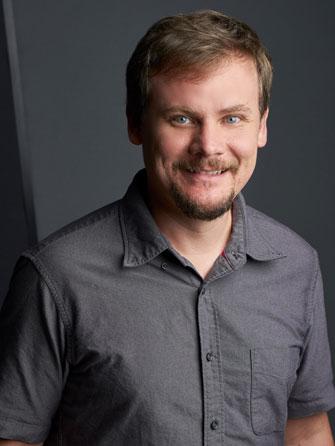 Dirk is an American improviser, composer, and music technologist whose body of work explores dynamic interaction between performer, technology and performance practice, often questioning how performers interact and perceive technology in improvisation. Designing electronic instrument hardware and software is an integral part of the process and has led him to the development of several instruments.

Dirk’s music has been performed in Europe, Asia and the United States. He has released two albums with the Turkish improvisation group Islak Kopek as a performer and engineer, and his music appears on a number of compilations. In de Knipscheer released a two-CD set of his composition, Tropendrift, in 2006, a collaboration with Dutch poet Albert Hagenaars.

He has been a composer in residence at STEIM (Studio for Electronic Instrumental Music) and Brooklyn Center for Computer Music and has received recognition for his work from ISAM (Institute for Study in American Music) and MATA (Music at the Anthology). His 2008 album, Islak Kopek, was in the top 20 albums in Turkey for 2009.

Dirk was a founder of the ContemeControlmporary Music Festival in Ho Chi Minh City and was formerly faculty staff at Istanbul Bilgi University and Saigon Technology University.