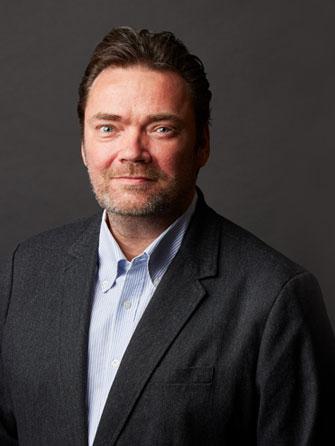 Chris Shaw started his animation career in 1987 with Walt Disney Animation on the film Who Framed Roger Rabbit. Chris learned his craft on the job and experienced many different aspects of the animated film process across a variety of departments. In 1989, he started work in Steven Spielberg’s American Tail II in the Animation Department. After completing two animated features, he continued his career as a freelance animator on a variety of TV commercials and clients including BBC News, Paul McCartney, IBM, Reuters News Agency, Lego, Halls, Rice Krispies, Ribena, Barclays Bank and MTV.

In 1996 he was invited to Singapore to co-establish a Diploma and Advanced Diploma in Computer Animation at Singapore Polytechnic. He has since been actively involved in a wide range of productions and educational incentives including Co-Chair of the Excellence in Education and Training Convention, external moderation, organising and judging the National Software Competition, as well as writing and producing the opening film for the Asia-Pacific Economic Cooperation Convention (2000) on education.

Chris joined LASALLE in 2007 as the Programme Leader for Animation – transforming and leading the programmes to their current success. In 2016, Chris was appointed the Head of the Puttnam School of Film & Animation which incorporates Film, Broadcast Media and Animation Programmes.

Chris is currently enrolled on the PhD programme at the Hong Kong Polytechnic University, where his research is focused on the pedagogical development of imaginative thinking, which can help encourage students to think more imaginatively.