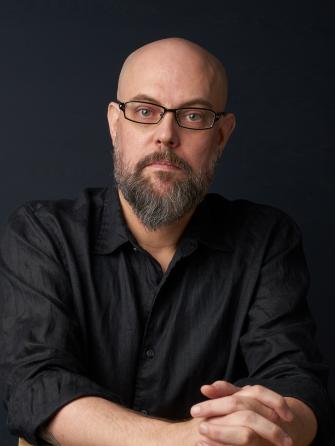 Brian O'Reilly works within the fields of electroacoustic composition, sound installations, moving images and noise music. He is also a contrabassist focusing on uncovering the inaudible textures and hidden acoustic microsounds of his instrument by integrating electronic treatments and extended playing techniques.

He attended the School of the Art Institute of Chicago, focusing on sonic art, kinetic sculpture and analog video synthesis utilising the Sandin Image Processor. He was also at this time engaged in independent studies in music improvisation, composition and synthesis. He relocated to Paris in the late 1990s to research the composition methods of the composer and architect Iannis Xenakis. He worked extensively with Xenakis' electronic music system utilizing graphic sonic synthesis of the UPIC. After a time of research at Les Ateliers UPIC, he received an appointment as the studio's Musical Assistant, during which he also worked as music assistant for Luc Ferrari on his audio & video installation Cycle Des Souvenirs and Eliane Radigue on her electroacoustic work L'Ile Re-sonante amongst others.

Pursuing graduate studies in Electronic Music Composition at the University of California Santa Barbara's Media Arts and Technology programme, where his collaborations with Curtis Roads began with the project Point Line Cloud, which won an Award of Distinction at Ars Electronica in 2002. Then relocating to San Francisco, he took a position as Operations Manager of Recombinant Media Labs, working on many projects for the Asphodel record label & recording studio. He has also received several international residencies and commissions, including invitations to work as a guest artist at the Zentrum für Kunst und Medientechnologie (ZKM) in Germany, the SH Festival in Shanghai, KLEX - Kuala Lumpur Experimental Film, Video & Music Festival, LUFF – Lausanne Underground Film & Music Festival, All Tomorrow Parties festival curated by Autechre and Signal Culture in New York.

In addition to his solo performances and works for moving images, he also plays modular analog synthesizer and generates visuals in the duos Black Zenith and Electromagnetic Objects and contributes contrabass & electronics to the noise-jazz group Game of Patience. Currently, he is a lecturer at LASALLE's College of the Arts, School of Contemporary Music, focusing on electronic music composition, visual music and creative music-making techniques through the use of improvisation.