Given the breadth of possibilities in music production and sound engineering, Nikhil Amarnani, like many other prospective students, was initially uncertain about what he actually wanted to specialise in. The Filipino had dabbled in music throughout his youth, childhood classical piano lessons leading to him playing in bands throughout his school years, before trying out mixing and recording during his high school days.

In 2016, as he considered schools around Singapore and Australia, it was the diversity in LASALLE’s Diploma in Audio Production programme that ultimately won him over. “Did I want to do live sound? Did I want to be in the studio? Back then I didn’t know. And LASALLE’s curriculum offered everything – ear training, shows to design and mix, a lot of recording sessions, exposure to the industry – it just seemed better than whatever else I was looking at.”

Did I want to do live sound? Did I want to be in the studio? Back then I didn’t know. And LASALLE’s curriculum offered everything – ear training, shows to design and mix, a lot of recording sessions, exposure to the industry – it just seemed better than whatever else I was looking at.”

The turning point for Nik, which would ultimately set him on the path to opening his own recording studio, was his second year at LASALLE when he did a work placement as an assistant engineer under Eugene Ng, one of his lecturers. “Applying everything I learned from school in the industry skyrocketed my knowledge and skill sets, while helping me excel in school as well,” Nik reflected.

That same year also marked the start of what would ultimately become Line In Records, initially a side hustle operated from the humble confines of his bedroom in Singapore. Nik formalised this side hustle after graduating in 2019, setting up Line In Records in his home city of Manila, and the studio has since grown from strength to strength, bolstered by word of mouth and the positive feedback of artists who have worked with Nik. The studio’s clientele has also expanded beyond independent acts to artists from major recording labels like Warner and Universal.

We checked in with Nik about the origins of Line In Records, the attributes needed to run a successful recording studio and why it is a very good time to get into music production in the region right now.

Tell us more about the origins of Line In Records when it was still a side business while you were studying.

I was trying to get my portfolio up and get my name out there, as well as make a bit of money – many of my classmates were working and I thought, “Wait. I'm not doing anything. I'm just studying. Why is that?” So that's how it started. I just bought a couple things – ProTools, because being a LASALLE student gives you a bit of a discount, some speakers. And I started working with independent artists here, and when I went back to the Philippines during College breaks, I would work with some guys there as well.

And then everything just escalated really quickly. When I graduated in 2019, I was initially looking for jobs, the question was whether in Singapore or elsewhere. I was even thinking about moving to the UK or US, but one of my lecturers advised me to get experience in the Philippines first. So I moved back to Manila, and that was the right decision. I found so many opportunities there, because the industry is just booming.

You’ve shared how the programme gave you a really strong grounding in sound engineering. Did the programme also prepare you for the business side of the industry on top of audio engineering skills?

Yes, in my third year we had a class on entrepreneurship that went through the fundamentals of running your own business.

But I think what was more important was the mentorship and relationships that came out of the programme. Some of my lecturers, like Justin [Hegburg], Dirk [Stromberg] and Eugene [Ng] still give me professional advice until today, like how to deal with clients – especially difficult clients. And as the studio grows and we work with a lot of the major labels, it gets very hectic. So that's when I call them to chat. And whenever they're in Manila, I always ask them to come over and have dinner.

The mastering engineer that Line In Records works with was also a connection made from my LASALLE days. Raywyn [Zayn Tan] was my senior in the programme, and when I found out he was doing mastering as well, I told him, “Dude, why don’t you join my team.” So for the past three years, our recordings have been sent to Singapore for Raywyn to do all my mastering and quality control.

Having worked on so many records by now, what do you think it takes to succeed as a recording engineer?

A good ear helps a lot, such as your technicality with hearing frequencies. But something I have also realised in the last four years is that it is also being sensitive to the emotional aspect of a record. A recording could be perfect in terms of an engineer's perspective where it sounds tight, but if it does not translate the artist’s intention, then it does not work. The artist has to feel comfortable with you when recording, otherwise they won’t be able to do whatever it is they need to do. But at the same time you have to be able to translate what they're saying into technical terms.

So your fundamentals have to be very strong as an engineer or producer – they help to push you out into the industry. But I've also seen some guys have hard skills, but have no PR or networking skills. They have to go hand in hand.

During the pandemic, I went crazy networking on social media with record label executives. I thought, let’s just try it out, it doesn’t matter if they don’t reply.

Would you say that you entered the industry at a good time?

Yeah. There's a luck aspect to it, just as there's a PR aspect to it. The music industry in the whole Southeast Asian region is just growing massively in terms of the number of acts and amount of music being produced, especially in Indonesia and the Philippines. And because the region gets a lot of musical influences from the US and Europe, this music is going global. Lola Amour – one of the artists I have been working with – just hit number 18 on Spotify’s Philippines charts, and they're hitting 200,000 daily listeners and 14 million streams right now. And that's just a sign of how it's going crazy.

It's a very good time to enter the industry now. Labels are investing. They want to get their sound better and really want Asian music to grow... recording is an art form and one that we really need."

Are there enough sound engineers and recording professionals to match this demand for new Southeast Asian music?

No, there is not, especially in Southeast Asia. And that’s why it's a very good time to enter the industry now. Labels are investing. They want to get their sound better and really want the Asian music to grow.

But in Asia, sound engineering as a profession isn’t looked upon well the way it is in the US, for example. You see this in the Philippines reflected in the standard for how much people are charging.

The perspective I’m trying to push for is that recording is an art form and one that we really need. We need people in the industry that are really skilled and have a good ear otherwise our music won't translate to the audience.

#1: Miso Choi on how LASALLE set her on the path to Harvard
#2: Animation alumna Eunice Khoo on production managing Marvel films
#4: Tan Wei Xiang on taking the time to build your portfolio 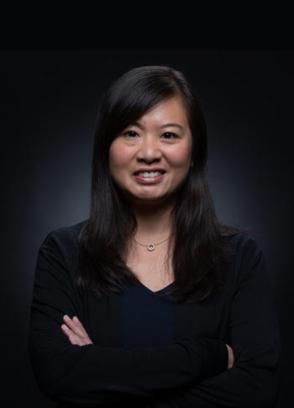 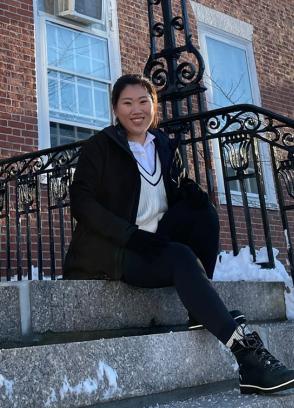 What happens after art school? #1: Miso Choi on how LASALLE set her on the path to Harvard
See all