To Kill the Birds and the Bees is an animated short film that made waves at this year’s National Youth Film Awards (NYFA), an annual film competition hosted by *SCAPE that spotlights local youth filmmakers. The film won three awards: Best Art Direction, Best Screenplay, and Best Original Music.

The director is recent LASALLE graduate Calleen Koh. At 22, she’s not only a talented young artist brimming with potential, she’s also one who’s passionate about social issues and has proven excellent at communicating social critique through her work. Sinema.SG had the opportunity to chat with the fascinating young animator and learn more about how the award-winning To Kill the Birds… came to be.

Calleen summarises the short film as ‘three storylines about four average Singaporeans, each of whom encounters a sexual situation throughout their day’. Though only 11 minutes long, the film is filled with delightfully cheeky visuals and an undertone of darker realities, coming together to make for a somewhat eccentric, semi-experimental treat that is also tantalisingly satirical.

To Kill the Birds… opens to a heart-framed montage of the adorable cartoon characters in a myriad of situations laced with (not so discreet) sexual innuendo, doled out to ‘As We Kill the Birds & Bees’. The jazzy opening medley is written by Calleen, arranged by Matthias Teh En and performed by Adam Mark Lim. The film features a total of three original songs for the soundtrack. On her direction for the film’s spunky original soundtrack, Calleen cites an array of influences, including Ariana Grande, Doja Cat, Sesame Street and even National Day songs for the opening title.

When asked about the inspiration behind this charmingly sharp-witted short, Calleen credits her own frustration at the inadequacy of sexual education in Singapore, and the conservatism and hush-hush attitude that attempts to open up these conversations are met with. She wanted to make a film that nudged audiences to question, “Why do we do things like that? Why is this the norm?” To Kill the Birds… therefore holds a mirror up to society, and urges its viewers to contemplate the topic long after the film has ended.

Calleen shares with us her appreciation for the wacky and unconventional. It comes off in To Kill the Birds…, which has a whimsical and also slightly screwball feel that is arguably what makes it such an intriguing watch. Citing animators such as British filmmaking duo Becky Sloan and Joseph Pelling of horror-comedy-musical web series Don’t Hug Me I’m Scared and Cartoon Network animator Kirsten Lepore as some of her major influences, she’s especially compelled by films that make her go, “Wait… what on earth did I just watch?”

Calleen sees her art as a platform through which she can reach out to the masses and push for social change. She stands out amongst her contemporaries for her refreshingly unapologetic advocacy for better sexual education — a topic that she is one of the rare champions of, although it is one that remains an effective taboo.

She says that it is perhaps, ironically, her upbringing in a strict Christian household that makes her so critical about Singaporean society’s treatment of sex and sexuality today. In fact, To Kill the Birds… features many elements from the world around her — she even confesses to basing the holy water-spraying Karen character of Act 3 on her own mother, something that, to her relief, amused her more conservative mom.

“Growing up as a Christian girl who was also into art was definitely something that was tough to navigate,” she admits. Her ‘epiphany’, as she puts it, comes from a moment during her secondary school days in SOTA that taught a younger Calleen that change needs a voice. “If you want to see change, you can’t always play it safe all the time — sometimes you just have to say it like it is.”

Being honest always comes with the risk of being shot down. And while she did have a message to communicate to viewers, Calleen understood the precariousness of the topic she was dealing with, and that planning this film would be a balancing act in navigating sensitivities. She told us about the many layers of considerations she underwent in order to come up with the final screenplay of the film.

Making a film about such a diverse society also meant serious research into the perspectives of each one regarding the topic, and Calleen talked to as many people as she could. The end result is a piece that successfully addresses a serious issue without weighing the audience down.

It’s rare we see sensitive matters framed with bright colours and taken with such a laid-back approach. Opting to save on melodrama was a conscious choice, as she explains, she observed that serious and grim presentations of such issues can often shut down audiences to an idea. Instead, she elected to keep it fun and light-hearted, a route she hoped would instead ease her audiences into the film and make it an engaging, easily digestible experience.

For often being synonymous with childrens’ content, many forget how arduous it is to plan and execute an animation piece. Calleen and her two teammates, Shahrazad Binti Logan and Teo Wan Yee, had seven short months to make the film from scratch — that meant conceptualisation, storyboarding, animation and everything in between. The three girls meshed their three very distinct artistic styles to develop an aesthetically cohesive piece, a task Calleen admits wasn’t easy.

While it was a taxing and arduous process — Calleen remembers her long hours in the campus studio dashing between ten separate computers while compositing the film — it was undoubtedly an enjoyable one too. “I told myself, ‘I’m going to be working on this film for seven months, I’d better have fun doing it!’”

And this air of fun and experimentation manifests itself in the film, as the eclectic end-product features quirky little details like phallic-shaped characters, a tongue-in-check element the team managed to squeeze in. “I can’t believe The Straits Times published [that I said] that!” she laughs, when asked about this decision. The team also experimented with puppets to act out a spoof educational video, featuring the puppets singing ‘Sex Ed Song’, an amusingly grisly rendition of childhood favourite ‘If You’re Happy and You Know It’.

With her work gaining traction within the artistic community and getting noticed in the mainstream press, Calleen is no doubt feeling the heat. “Everyone’s always asking me what my next project is, and I always tell them, ‘I don’t even know!’” she chuckles. But she’s encouraged by the overwhelming support and love she has received for her work, and is itching to venture into her next step.

“I’ve only recently found my style with Sexy Sushi and To Kill the Birds and the Bees, and I definitely want to explore that deeper.” Having recently started working full-time at local animation studio Finding Pictures, she’s well on her way to making her mark.

As anyone would tell you, and as Calleen would confirm, being an artist in Singapore isn’t easy. But the surge in volume and variety of works in recent years has been more than encouraging to young auteurs such as herself. When we asked what she would like to see more of in the local film industry, she said, “I love seeing younger filmmakers pushing boundaries — I want to see more risky works being put out there.” And judging from her recent works, it’s safe to say that Calleen will be leading the pack.

Story reproduced and courtesy of Sinema.SG and written by Celeste Lee. Access the original here. 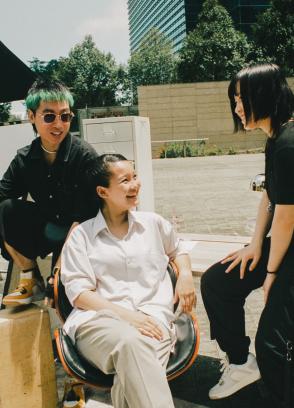 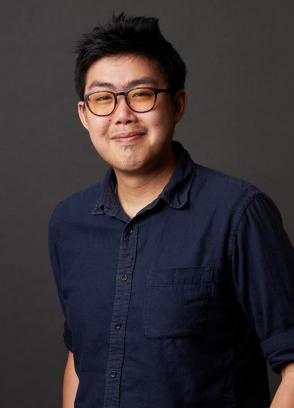