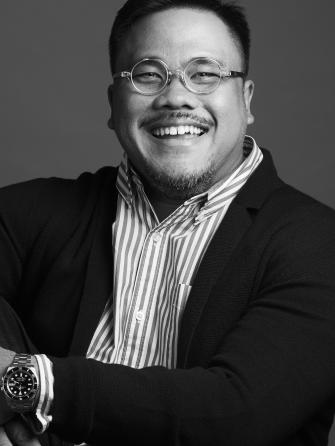 Yasser studied graphic design at Temasek Polytechnic and was awarded The Creative Industries Scholarship by DesignSingapore in 2007 to read MFA at Yale University School of Art, US. He joined The Bureau for the Advancement for Lifestyle and Longevity & Success (B.A.L.L.S) as a partner in 2009, and has worked for Ogilvy & Mather, MTV Asia, Discovery Channel and BBH. He has worked in video, print, sculpture, and product development.

He has won awards at the Promax/BDA Asia, Nike and Sony product design contests, Type Directors Club and Creative Circle. His project was mentioned on Design Observer by Jessica Helfand in 2008. With his design incubator start-up, he has worked on the World Expo 2010 in Shanghai and exhibited at the Singapore Art Museum and the Asian Civilisations Museum.

His design practice is derived from the reverberations of his personal life. It stems from his multi-role as a father, husband, son and designer. His interests address issues of visual interruption, chance, science, play and the idealistic quest for personal heroism. He pursues projects that explore the use of organised systems to produce new and unexpected forms of creation.