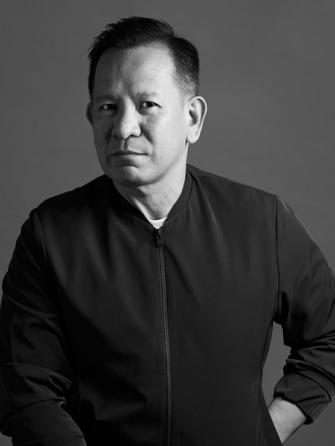 Nathan graduated from Temasek Polytechnic with a Diploma in Industrial Design in 1991. He began his career not as a designer, but as a buyer engaging in product development for various companies in Singapore. Through these jobs, he travelled to various countries including India, Vietnam, Thailand and Indonesia to source for quality manufacturers and craftsmen to develop and manufacture furniture and home accessories. Through this exposure, he learnt various production techniques and crafts.

Nathan has received prestigious awards including the Red Dot Concept Design Award for two consecutive years in 2006 and 2007, Singapore President’s Design Award, Designer of the Year in 2008 – the highest honour accorded to designers from all creative disciplines in Singapore.

Inspired by observations of the visual environment, his works provoke existential questions about the objects. Instead of superfluous details, he captures the poetry of products through a stripping process and lends object qualities that are informed by a lightness of restraints.

In the 2011 international king-size supplement, INTERNI for Salone del Mobile, Nathan was selected as the most promising Young Designer on the international scene.