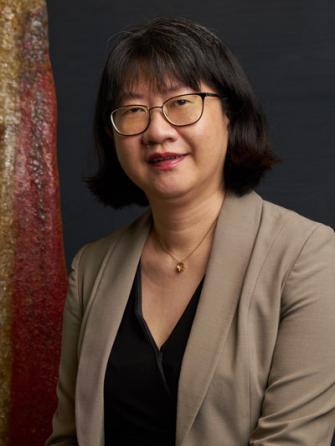 Audrey Wong is a cultural policy expert, civil society advocate, arts and cultural scholar and the first Nominated Member of Parliament for the Arts in Singapore.

As an educator, Audrey was an adjunct lecturer in the MA Arts and Cultural Management Programme at LASALLE from 2006–2009. She was also an adjunct lecturer in the Theatre Studies programme at the National University of Singapore from 2001–2003, teaching the management of performing arts. At LASALLE, she has had a transformative impact on the BA (Hons) Arts Management and the MA Arts and Cultural Leadership programmes, where students are prepared to be reflective, critical and innovative arts managers.

Prior to joining LASALLE, Audrey was the artistic co-director of The Substation, an independent art space, from 2000 till early 2010. She was the first woman to be appointed to this role in the arts centre. With co-director Lee Weng Choy, she launched The Substation’s Associate Artists programme in 2003 to support local artists in sustaining their practice. She also curated and organised festivals, exhibitions, conferences and artists’ exchanges.

From 1996 to 1999, she worked at The Substation in various capacities, including starting the Moving Images film programme in 1997 – Singapore’s first year-round film programme with a focus on local and regional filmmakers. As an arts manager, Audrey was comfortable working in both visual and performing arts (reflecting The Substation’s interdisciplinary approach), and was particularly interested in nurturing emerging artists, developing platforms for contemporary performance and cross-disciplinary collaboration by independent artists, and audience development for contemporary arts.

In 2009, Audrey was nominated by the arts community for a post and was appointed as an Nominated Member of Parliament (NMP) in Singapore’s Parliament in July 2009. During her term (which ended in May 2011), she championed the cause of freelance artists in the arts and media sectors in Singapore, as they sought to improve their working conditions.

Audrey is highly sought after for her expertise and guidance on arts policy matters. She has served and continues to serve on various institutional boards and committees including the Singapore Art Museum, National Arts Council, Singapore International Foundation and the Singapore Arts Festival Advisory Committee. She also sat on the Arts and Culture Strategic Review Committee (2010–2012) and is currently on the board of theatre company Nine Years Theatre.

Audrey’s other professional activities include co-convening a mentorship, networking and training summit for young art curators, artists and visual art managers in Southeast Asia called the HAO Summit, the brainchild of artist-curator Khairuddin Hori, which started in 2008.

Conferences and other Presentations