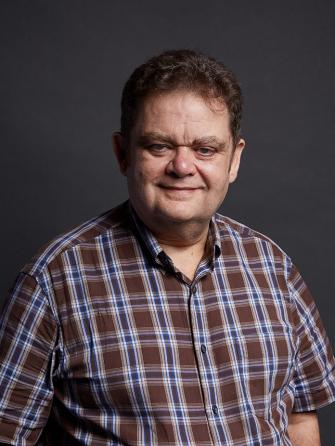 Alan Rudge is a computer animator with over 30 years of experience in teaching animation and developing curriculum for the field. He was part of the team that developed the National Centre for Computer Animation (NCCA) at Bournemouth University in the UK. At the NCCA, he co-developed the MA, Postgraduate Diploma and BA in Animation.

A rare and committed educator in the field of animation, Alan was Senior Lecturer in 3D Animation at Temasek Polytechnic, teaching motion graphics, video compositing and visual literacy, prior to joining LASALLE.

Aside from animation, Alan has a strong interest in electronic music production, performance, composition and recording. Before becoming involved in the education sector, Alan worked in the early days of commercial computer animation in London and also spent a year as a designer and programmer on a computer game commissioned by British Telecom.

For the past few years Alan has been publishing tutorial videos on his YouTube channel. His After Effects tutorials have received over 45,000 views.