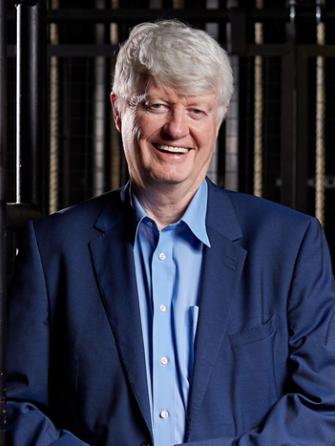 Professor Michael Earley is a theatre director, scholar and author of seminal books on acting. He had an extensive career in the US as a teacher, writer and dramaturg for professional theatre companies.

He was Assistant Professor and director of the undergraduate Theatre Studies Programme at Yale University, and also part of the Drama Department at the Juilliard School, where he was first director of the Lila Acheson Wallace Playwriting Programme. He has further taught on both the postgraduate Performance Studies and undergraduate Theatre programmes at the Tisch School of the Arts, New York University.

Outside of academia, Professor Earley has worked as the editorial and publishing director of Methuen Drama Publishers in London, and was chief producer of plays for BBC Radio Drama, where he directed over 50 productions for broadcast over Radio 3 and Radio 4. Professor Earley continues to direct an international summer school in arts management for Chinese students. Presented at Regent's University London and the Edinburgh International Fringe Festival, the summer programme delivers practical training in production, stage and venue administration.

His publications include books on acting and theatre history, such as Soliloquy! The Shakespeare Monologues by Applause. At LASALLE College of the Arts, he leads one of Asia’s top university sector English-language drama programmes that blends Asian and Western practices. He frequently travels to China to conduct workshops that fuse Eastern and Western approaches to acting, theatre training and arts education at Peking University, Shanghai Theatre Academy, Huazhong University of Science and Technology, Xinghai Conservatory of Music and Tianjin Conservatory of Music.