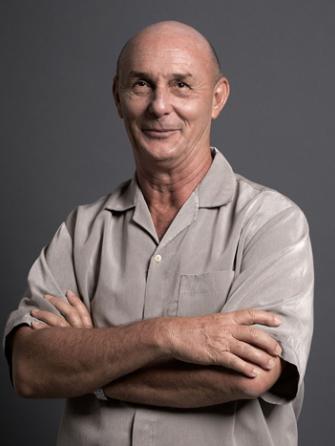 After studying architecture in Marseille, France, and eventually graduating in photography, Gilles came to live in Singapore in 1981. His early participation to the local art scene saw him involved in a string of seminal art events with the first editions of the Festival of Arts Fringe among many others.

In 1985, he chose the path of travel photographer and writer and followed it for the next 15 years. His photojournalistic work has been extensively published in various magazines, and his approach to the art of travelling has resulted in over 50 fine art exhibitions in France and Asia.

In 2000, he started teaching photography in LASALLE’s Faculty of Fine Arts where he completed his Masters in 2006. In 2007, he was appointed artist for the Buona Vista Station, Circle Line, as part of the Land Transport Authority’s Integrated Art Programme. The same year he also joined LASALLE as a full-time staff and published his second book, Retro Specks Future Pixs: the Book, which summarises his 30 years of research on the theme of time, space and their relation to photography and painting.

His first book Bintan, Phoenix of the Malay Archipelago was published in 2003 and remains to this day the only comprehensive publication on the Riau Archipelago. His artistic work is part of the collection of the Maison Européenne de la Photographie in Paris and the Singapore Art Museum.