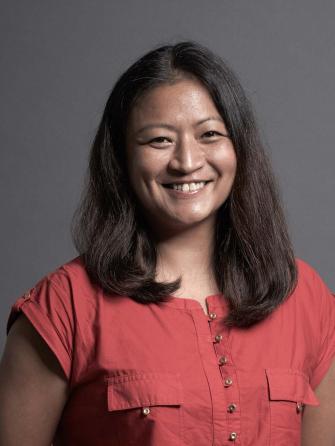 Elizabeth de Roza is internationally known as an artist-scholar, performance maker, theatre director, actor-movement trainer. She co-convenes the Embodied Research Working Group within the International Federation for Theatre Research. She is part of the faculty teaching team of the International Graduate Semester Transcultural Collaboration Programme in Arts and Design spearheaded by Zurich University of the Arts and in collaboration with five universities and LASALLE College of the Arts. She also serves as an Assistant Editor for the Journal of Embodied Research.

Her methodology in performance-making and actor-movement training comes from an embodied foundation of traditional Asian theatrical training/performing methods, martial arts (kalaripayattu) and soft-fireworks – a contemporary, cross-cultural performance practice that she developed and established.

Elizabeth's research interests focus on embodied experiences, thinking and practice through making, embodied cognition and cross-cultural performance at the intersections of both decolonial and feminist theories. She has presented her research and methodology at various international conferences, universities, theatre conservatories and led master workshops for theatre companies.

As a practising artist, Elizabeth's works range from site-specific socially engaged performances, cross-cultural disciplinary performances to intense black box physical performances. She has collaborated on many international performance projects with a focus on embodied cultural memories in conjunction with other disciplines and presented them at various prestigious contemporary theatre festivals in South America, Europe, UK and Asia. One such work was her collaboration with two Mexican artists on a physical piece Re:Inventing Sita. This was supported by the Singapore International Foundation and Cultural Embassy of Mexico and presented at two festivals in Mexico, Cervantino International Festival and Caminos Teatrales 7in 2011 and here in Singapore. The work was mentioned in SIF inaugural launch of Diversities.

She was an Associate Artist of The Substation from 2001–2011 and under the scheme, she was able to develop her artistic research on embodied memory and refine her approaches to inter/cross-cultural performance making. This led her to create cross-cultural solo performances: Suria (2002), Innocence (2003), Landscapes (2004) and Still Flight (2005), which were also presented at the various International Magdalena Theatre Festivals, Rhode Island USA (2005), Singapore (2006), Santa Clara, Cuba (2008); Transit – Odin, Denmark (2009 and 2016);Vertice Brasilia(2010). In 2003, with the support of The Substation and the National Arts Council, she attended several performance workshops at the Centre of Performance Research in Aberystwyth led by internationally renowned artists such as Goat Island, La Pocha Rostra and several others. It was there that she first met Phillip Zarrilli and was introduced to the South Indian martial arts kalaripayattu. This encounter led to her continuous pursuit of the practice of kalaripayattu as a methodology of working with the body and as a tool for somatic expressions.