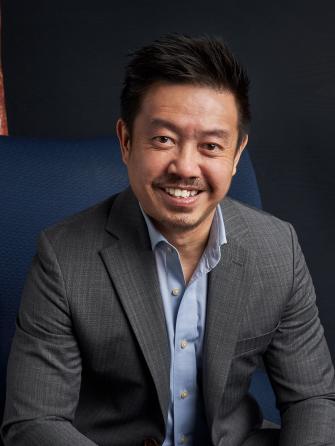 Dr Edmund Chow is an educator and theatre director. He specialises in applied theatre, applied storytelling and arts pedagogies across disciplines and industries. He mentors arts researchers and builds capacity for teacher development programmes. His research interests include the representation of cultures and identities, as well as the production of theory and knowledge.

Prior to joining LASALLE, he completed his Post-Doctoral Fellowship at the INSEAD Business School, where he used experiential pedagogies such as storytelling and improvisation to develop a communications and leadership module for the MBA and Executive MBA classes in campuses across Europe, Singapore, and the Middle East.

For more than 20 years, Edmund has been using his creativity and imagination in the arts both in his artistic practice and teaching. Most recently, he devised and directed Toba Tek Singh (2016) and Project Roop Kaur (2017), both of which were community theatre projects that retold narratives of the 1947 Partition of India and Pakistan, with the latter being featured on Indian Beat on Vasantham channel.

Edmund was also instrumental in establishing a Prison Theatre and life-skills programme at the Kaki Bukit Centre Prison School in Singapore, and has volunteered on rehabilitation programmes at the Woodbourne Correctional Facilities in upstate New York. Besides partnering with drama therapists to run workshops in psychiatric hospitals in the USA, he has also managed media projects in Afghanistan to broadcast a 37-episode radio drama on women's empowerment and entrepreneurship. Edmund has also taught in secondary schools, prisons, universities and business schools.

Edmund was awarded the National Arts Council (NAC) Arts Professional Scholarship in 2006 and the NAC Arts Postgraduate Scholarship in 2012. He was a recipient of the New York University (NYU) Educational Theatre William Vorenberg Award for Directing in 2007 and was nominated for excellence in academic achievement and leadership with the Pi Lambda Theta Rho Leadership Award by NYU in 2008. He was a finalist at the Three-Minute Thesis Competition at the University of Manchester in 2015.

To date, Edmund has garnered three speaking awards from the Professional Speakers Academy in London. He has also appeared as an expert guest on Talking Point on Channel News Asia and was also featured in local newspaper Business Times and radio Money FM 89.3. Edmund is also a TEDx public speaking coach.