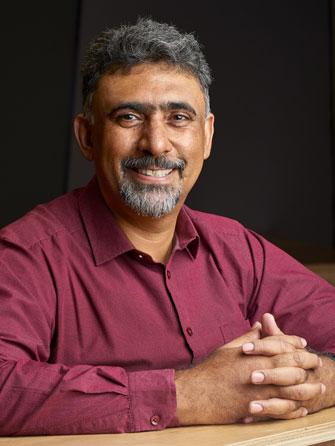 Charles is a Senior Lecturer with an MBA from India and a certificate in Production Management from the Australian Film Television and Radio School, Australia. He was formerly a Lecturer in a film school from a leading local polytechnic teaching Production Planning and Management. He also held various course management positions in the Advanced Diploma in Film Production programme and Interdisciplinary Studies programme.

Prior to this, Charles worked for Filmwest, an Australian Film company in Singapore, in almost all production capacities – from production co-ordination, camera work, sound recording, editing, to assisting in directing, before taking up responsibilities as a Producer.

He has been involved in the production of live sports multi camera coverage, corporate videos, documentaries, TV programmes and TV commercials. TNT Express Singapore International Cricket Sixes, a 30-minute TV programme which he co-edited, was awarded a certificate for creative excellence at the US International Film and Video Festival.